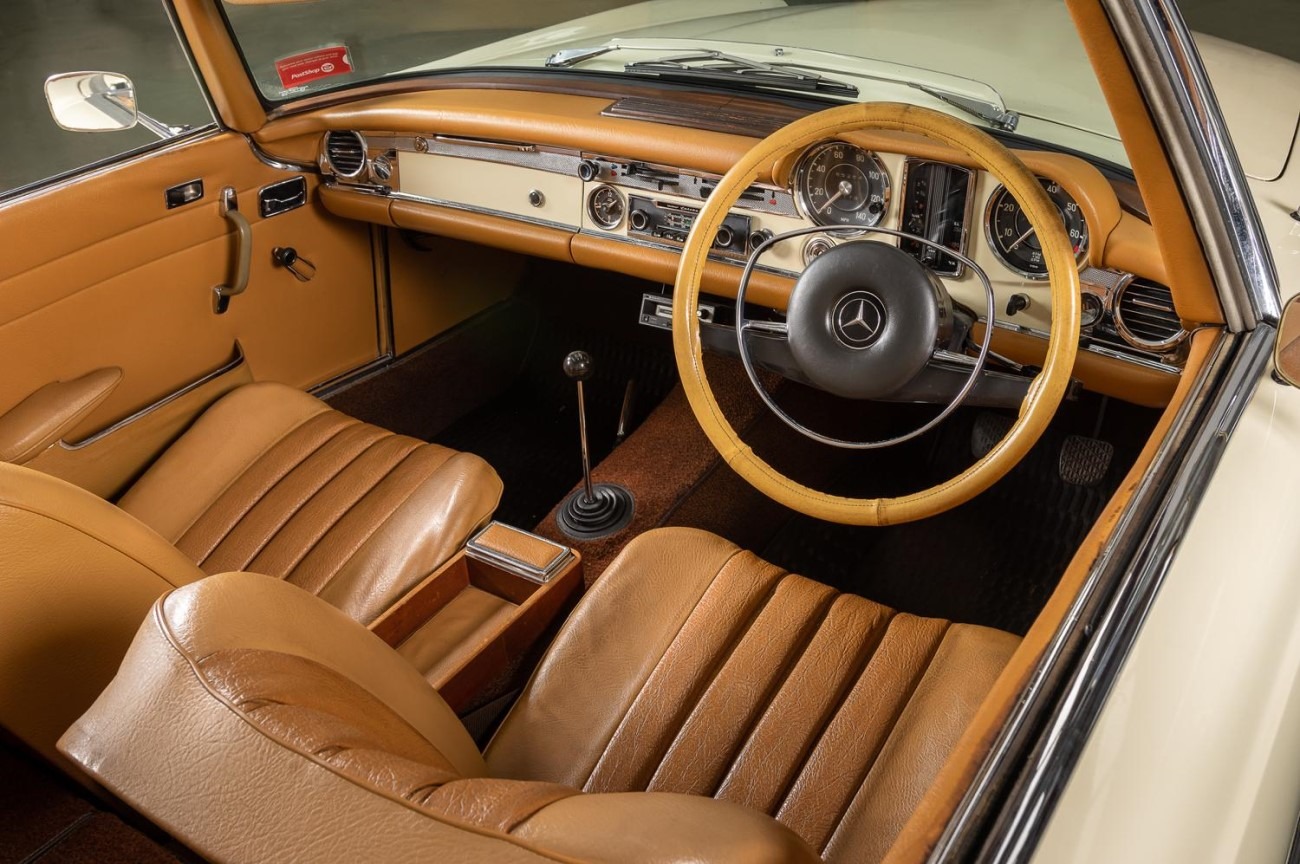 On Sunday the 17 March, Webb’s will offer one of the most distinguished personal collections of Classic Cars to be auctioned in New Zealand. Southward Car Museum in Paraparaumu will host the Roy Savage Collection of Classic Cars Part II.

The collection has some of the most prestige marques ever to come on to the market in New Zealand, with seven Rolls-Royces offered in this auction, including a New Zealand new 1951 Silver Dawn and an ultra-low mileage 1978 Corniche Convertible. The sale of these models represents what is arguably one of the largest and rarest opportunities not just in Australasia, but indeed globally to purchase a Rolls-Royce spanning a 70-year spectrum. Further highlights include a rare 1955 Allard Palm Beach Mark 1 Convertible (only 74 of this model ever manufactured), a 1968 Mercedes-Benz 280SL Manual and 1953 Bentley R-Type.

For buyers whose need is more fundamental, the two 5-Series BMWs in this anticipated collection portray pace with dignity and style, both having been used as prime transport for the Savage family at various times. Still in keeping with the Germanic, tone the 1968 Mercedes Benz 280SL listed bears the rare hard and soft top combination.

For those who favour the rural pursuit, the 1964 Land Rover 2A will surely suit their purpose. Carrying today a cult classic status largely due to their enduring and iconic look, this example is in fine condition.  A final review of some of the collection would not be complete without the inclusion of the 1973 Rover 3500. Used by Roy as a daily driver, this car was clearly a formative vehicle in his life being its sole keeper since its delivery to him in Blenheim on 6 June 1973. With a mileage of a mere 62,623 kilometres, this is an automobile that classic car and Rover enthusiasts alike will savour!

Furthermore, this collection is a rolling collection and its intended sale is not the disposal of a static museum. Every car runs, every car is currently registered and has its required Warranty of Fitness. Service records are held with the Savage’s own mechanic indicating any works carried out to maintain the roadworthiness of each car. Each car is driven regularly to keep everything turning. All this in itself makes this collection unique with many of the vehicles owned for some 40 years.

This is the second time the renowned Wellington businessman’s collection has gone under the hammer. In December 2016, Webb’s offered the first part of the collection with all 30 vehicles selling and achieving sales of almost $1.5million. The first sale was focused on British Post-War Classics, and multiple auction records were set for the 1955 Jaguar XK140 which achieved $258,750, the 1972 Rover P5B, 1966 Jaguar MK II and the stunning 1969 Mercedes-Benz 280SL selling for $149,500.

Following on from these outstanding results and Roy’s passing in 2017, the Savage Family have again entrusted Webb’s to market the balance of their father’s passion. In short, the Roy Savage Collection Part II continues to illustrate and augment Roy’s triumph in compiling such a fine selection of motor vehicles he began so many years ago and which Webb’s is honoured to present on behalf of the Savage Family.

The auction is set to take place at the Southward Car Museum, one hour north of Wellington, on Sunday 17 March at 2pm. Prior to the auction the vehicles can be viewed at the museum at the below times.